Kolkata Dakshin of West Bengal is a high profile constituency, currently held by Subrata Bakshi of All India Trinamool Congress (AITC). In the 2014 Lok Sabha Elections, Subrata Bakshi beat nearest rival Tathagata Roy of the BJP by winning a whopping majority of the votes cast in this constituency.

This time, the main candidates in the Kolkata Dakshin constituency are Mala Roy of AITC, Nandini Mukherjee of CPI(M) and Chandra Kumar Bose of BJP.

Kolkata Dakshin is one of those constituencies that record very high voter turnout in the Lok Sabha elections. In 2014, the constituency witnessed a 69.3% voter turnout. A Trinamool stronghold for decades now, the constituency has seen current Chief Minister and TMC supremo Mamata Banerjee represent this seat in six consecutive Lok Sabhas (1991-2009); in 2011 after Trinamool won the Assembly elections and Mamata Banerjee became CM, there was a bye-election for the seat that was won by Subrata Bakshi. In the 2014 elections, BJP occupied the second position, trailing behind Bakshi.

The constituency comprises the assembly segments of Kasba, Behala Purba, Behala Paschim, Kolkata Port, Bhabanipur, Rashbehari and Ballygunge. A sizeable number of Gujarati and Marwari residents make up the Bhabanipur area of the constituency. The expectation that their votes may go for the BJP this time is stirring up high hopes among the party.

Up until early 2015, Mala Roy of Congress was a known critic of AITC and Mamata Banerjee. Roy who unsuccessfully contested the Lok Sabha elections from Kolkata Dakshin in 2014 as a Congress candidate was suddenly seen posing for pictures with Mamata Banerjee in 2015. It was only a matter of time before she was formally inducted in the TMC. She claimed to have not got a chance to work for people while she was with Congress and hence the switch in allegiance. Four years hence, Roy is “1000 percent confident” of winning the Lok Sabha seat this time. 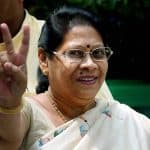 Further details and information can be viewed in her affidavit here.

Nandini Mukherjee, CPM candidate from Kolkata Dakshin is a computer science and engineering professor at Jadavpur University. She has a PhD from the University of Manchester in computing. She contested from the South Kolkata Lok Sabha Constituency as the Left Front Nominated CPM candidate in the 2014 Parliamentary Elections. 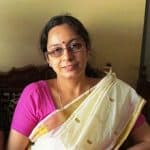 Further details and information can be viewed in her affidavit here.

Chandra Kumar Bose, the grand nephew of Netaji Subhas Chandra Bose is contesting as a BJP candidate from Kolkata Dakshin. According to reports, Bose wanted to join politics since he believes that the Congress ruined the political legacy of Netaji. Narendra Modi had assured that the BJP would carry forward Netaji’s legacy in Bengal. 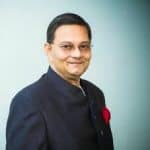 Further details and information can be viewed in his affidavit here.

In a year of frequent face-offs between hospitals and citizens, the urgent need for regulation of the private medical sector has become obvious, but attempts in West Bengal and Karnataka have not had heartening results.

Meenakshi Lekhi from BJP was Member of Parliament from New Delhi constituency in the 16th Lok Sabha. She is the national spokesperson of the Bharatiya Janata Party and a Supreme Court lawyer. In the 2014