Kolkata-based cyber security expert and entrepreneur Niraj Agarwal is among the 13 candidates who are in the fray for the Kolkata South Lok Sabha constituency that goes to polls on May 19th. But there is one key difference between him and the 12 others.

Far removed from the high decibel political campaign of his chief rivals, Niraj is quietly stirring a movement on one of the most important pressing issues of his constituency and of cities in general, but which hardly finds mention in political circles.

In an exclusive tete-e-tete with Citizen Matters, this independent candidate says that the real aim is to utilize the big platform of elections to create awareness on environment issues that have been affecting every individual, irrespective of his political affiliation. Excerpts from the conversation:

What drove you to contest these elections as an independent candidate and why did you choose such a big platform at the very beginning?

A: I decided to contest this Lok Sabha election because I am concerned about the deteriorating condition of environment in this city. The mindless felling of trees and the worsening quality of air compelled me to take up the cause right now, rather than wait for another five years to see if anyone else will do anything about it. Pollution is the singlemost important problem of contemporary times, but hardly any politician has spoken about it. After all it doesn’t affect their vote-bank.

I decided to contest independently because it gives more freedom to the candidate; he doesn’t need to subscribe to party ideologies. Most of the party manifestos have no mention of non-political or environmental issues. I think general elections provide an apt platform to raise this issue, and convey the importance of saving the environment to a larger audience. 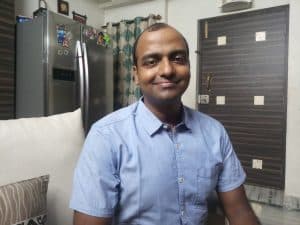 What are the primary issues that you wish to take up as an MP, if elected? Also, how are these relevant to your constituency in particular?

The primary issues are air, land, soil, water and noise pollution and these are all inextricably linked to each other. My main focus, if elected, would be to mitigate and tackle such pollution. I will figure out policies to manage solid waste better and make recycling more efficient. I shall stress on segregation of waste at source.

The quality of air is getting worse by the day in the city. There should be more air quality monitoring stations (right now there are only two installed, one each at Rabindra Bharati University and Victoria Memorial). The data should be immediately transferred to the citizens and concerned authorities through an app. This would help the authorities to formulate policies to reduce pollution. It will also help the traffic department to reduce congestion by decreasing the burden of vehicular movement on the roads.

I will also try to bring down noise pollution near hospitals and schools. We can certainly bring down the cost of healthcare if these issues are properly addressed.

Kolkata South is perhaps the most urbanised constituency in the city. It has a voting population of over 15 lakh and a significant number of first time voters. It has a higher proportion of youth, working class and senior citizens and naturally qualifies as an important constituency for addressing these problems.

So, you think that governments so far have not taken up these problems seriously enough?

I certainly feel that the efforts have been half-hearted so far. The state government has taken some initiatives like running electric buses in some pockets. But Kolkata has a tram network that should be revived; yet, operations of trams have been closed on several routes for years now.

Then again, trees cannot be cut in the name of beautification, and then replanted anywhere and in any manner to show concern for environment. The government has done very little in the past one decade and a lot more needs to be done. Reports of a proposed flyover construction in the east wetlands of the city are scary, as it would destroy whatever little greenery is left in Kolkata. The government should not give green signal to projects at the cost of environment. I believe in no-nonsense policies when it comes to the environment.

How will you address the pollution issue in case you win? Or, what would be your modus operandi?

I do not want to enforce policies with an iron-hand. We would rather work with citizen groups and create an open platform for citizens to participate and discuss environmental issues. There could be some resistance in the beginning but change would gradually come.

What has been the response of the voters when you take up these issues before them? Do you feel that these issues would affect voting behaviour at all?

(Laughs) This is an interesting question. We have limited resources but still we have managed to approach people staying in both slums and high rises. In both, people do relate to these issues. We have found that they respond positively once they understand the menace of plastic use and increasing air pollution. They are willing to support a candidate who wants to bring change. I would say creating awareness is the key. 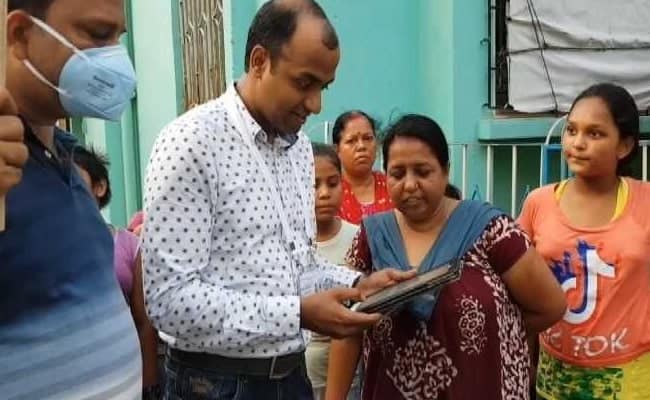 My purpose is to create awareness among all people so that they force their representatives to take up such issues. It is very important for a voter to send the right candidate to Parliament.

There has always been a kind of cynicism in some voters’ minds about how far an ‘independent’ candidate will be able to push his agenda through in the very strong party politics system that we have, whether he will be able to stay independent at all? How would you respond to that?

You see, in our Parliament the picture is not always rosy as members are seen fighting and bad mouthing each other. However, this is not the case with an independent as he remains unbiased without being carried away by an agenda of any single political party. He can mobilize all members because he is neutral. In fact, three independent members in the 2014 Lok Sabha clocked more than 75 percent attendance and have asked an average of 285 questions as against MPs of many large political parties who have remained mute spectators.

If you win, do you expect rival candidates or winners from other constituencies to extend support to you in the work of your constituency? Does the political climate arouse hope and confidence?

Of course. We are fighting on real issues that make a difference in people’s lives. We harbour no ill against any political outfit.  We would like to appeal to the rival candidates to support the cause as it matters to the future of our country. I hope that they understand the importance of pollution as it affects everyone equally. I have got support from candidates across political spectrum as they have encouraged me and have sympathised with my cause.

Will you continue to work on this issue even after polls, even if you don’t win?

The issue of air pollution is an ongoing battle. I shall continue to raise the issues on whatever platform I get, irrespective of the outcome. The goal is not merely to contest polls but to reach as many people as we can and create awareness on environment issues. After all, I am not fighting for power or position but for a cause that needs to reach a larger platform.

Don’t you think that most people are yet to wake up to the realities of climate change?

Sadly, yes. During our campaign we realised that a lot more work is needed to be done on the ground to raise awareness. We must acknowledge that global warming is a reality. The erratic weather conditions are a clear indication. We have to save our planet.

What is your election symbol and how have you been campaigning among voters?

My election symbol is binoculars. Unlike others, I have not printed a single pamphlet or put up any hoarding for campaign as I want zero carbon emission. Even names of people on electoral lists are being shared digitally rather than through paper slips as distributed by other candidates. The aim, once again, is to ‘walk the talk’ and reemphasise across the spectrum that every small effort can go a long way in saving the environment.

Women runners, the ‘cup’ is a boon for you!

If you’ve always shied away from running and athletic sports on your days of the month, switch to menstrual cups and feel the difference!

Delhi just got three new mayors, but can they change anything for the city?

Amid the din of the Lok Sabha election campaigns, Delhi witnessed a silent but significant change of baton at the post of three mayors of the South, East and North municipal corporations. However, given the power dynamics in the capital, the road ahead for city administration under the new leaders hardly looks promising.

What you must always remember as you light the Deepavali crackers

It’s that time of the year again. As we all prepare to indulge in the festivities and fireworks, a quick reminder of all that we need to do and avoid to ensure a safe Deepavali!