As per the Election commission of India (ECI) website, the constituency has a total of 2067463 voters.

Ramesh Bidhuri is the incumbent MP from South Delhi. Since his college days, Bidhuri has been active in the BJP. In 2003-08 he became the Vice President of BJP, Delhi unit. Naturally, he was the most coveted candidate from South Delhi. He won three consecutive terms as an MLA from 2003 to 2014 . He stood as the BJP candidate for 2014 Lok Sabha Elections and won.

In his campaigns, Bidhuri has emphasised his work on bringing water to this most water-scarce region of the capital. His promises: “Water for each kitchen, work to begin on Delhi Metro Phase IV station in the first 100 days of election, and revamp of unauthorised colonies.” 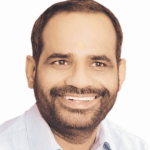 More details about the candidate can be found in the affidavit filed with the ECI here.

For details about his performance in the 16th Lok Sabha, read here.

Raghav Chadha is a leader of the Aam Aadmi Party, and is a member of the Political Affairs Committee of the party. He is the national treasurer and a national spokesperson of Aam Aadmi Party,and a practicing chartered accountant. He is contesting from South Delhi as an AAP candidate.

AAP’s focus remains full statehood for Delhi. Fighting on the agenda of ‘Poorna Rajya Banao Jhadu ka Button Dabao’, Raghav Chadha said if AAP gets all seven seats in Delhi, the party will ensure that full statehood is granted within 24 months of winning the elections. 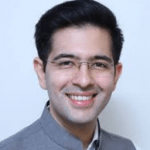 An Olympic bronze-medal winning boxer is Congress’s candidate from the South Delhi Lok Sabha seat. Vijender Singh won the bronze medal in 2008 Olympics, quit competitive boxing and joined professional circuit in 2015. However, he maintains that he will not quit boxing altogether.

This, however, is a fight like no other he has faced. As the boxer, who has never lost a professional bout put it, unlike in boxing, in politics there are a lot of below-the-belt blows. But he is happy to be with the Congress as he feels his vision for the country is similar to that of the party and promises voters that he will do his best for them. 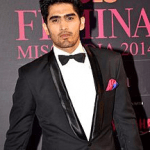 Issues of the constituency

As mentioned earlier, the constituency is a mix of upper and high-income residents, and a scattering of unkempt villages and unauthorised colonies whose residents form the majority of the electorate, whose main problems are acute shortage of drinking water and lack of sanitation facilities. The candidates and their cadre, especially the BJP, peddle the line that ‘local issues’ need to take a back seat since the general election “is for choosing the Prime Minister”; yet, voters insist that they address their local issues.

Vegetable shop owner Bulbul Singh says, “Do you see the open drain right next to the shop? AAP leaders just walk past it, yet they still hope that we will vote for them. Do you think they care to notice the filth lying here, and the fact that we are living in such conditions? Our vote is for Prime Minister Narendra Modi, as at least with the Balakot attack he has proved that someone cares about the country.”

On the other hand, AAP has its own supporters, such as grocery shop owner Dilshad Babu. “Jhadu (broom, the AAP symbol) is the obvious choice” said Dilshad, saying AAP got water pipelines to reach his area. “Kejriwal has worked hard for our area and it is because of him that we have pipelines and regular water supply. Residents are happy and satisfied and we will vote for AAP. We are not concerned with who the other candidates are”.

Darshan Singh of Neb Sarai says, “Our local MP (BJP’s Ramesh Bidhuri) has not done anything to improve our living conditions. It is unfortunate that he got the ticket again. AAP is also not showing much vigour. So we will vote for Vijender Singh. After all he has some achievements of his own”.

It could, therefore, be anyone’s game.

How our bright cities are making life difficult for stargazers

A study published in January 2019 shows that brightness from outdoor lights has risen sharply in various parts of India over a 20-year period. We are, however, still ignorant about the disruptive and harmful effects of over brightness on the ecosystem as well as human health.

I often forgot to sign attendance even when I was present in the House: Chittoor MP Sivaprasad

Chittoor MP, Naramalli Sivaprasad usually gets the spotlight for his role play in various costumes outside the Lok Sabha. As he prepares to contest for a third time from the constituency, we ask him about his performance in the house as well as his plans for Chittoor city.

As Mumbai gets ready to elect its MLAs on Monday, take a look at the profiles of candidates in the fray in the four key assembly constituencies of Chembur, Vikhroli and Ghatkopar (East & West)