The constituency has been a sensitive one, vulnerable to violence and rowdyism, and parts of it — especially Mangalore city commissionerate limits have been identified as critical. Consequently, strict security arrangements and precautionary measures are in place.

Thirteen candidates are contesting from Dakshina Kannada this time, of whom seven represent political parties and six are independents.

The Election Commission of India (ECI) had rejected one nomination among the 15 filed in the constituency, and another candidate had withdrawn his nomination. There aren’t any women contesting from this constituency. 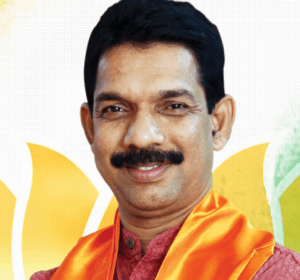 Nalin Kumar Kateel is a second-time BJP MP from Dakshina Kannada constituency. He was elected the first time in 2009, upon defeating Congress representative Janardhana Poojary by over 40,000 votes. In 2014 he was re-elected with a bigger majority. Before 2009, he was the District General Secretary of the Bharatiya Janata Party.

To know more about the performance of the MP in his last tenure — his attendance, his participation in question hour and debates — view his complete profile here. 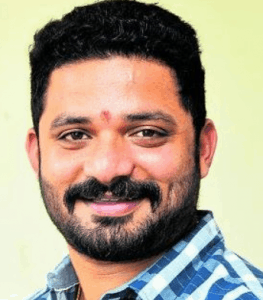 Mithun Rai, 35, is the Congress candidate in Dakshina Kannada parliamentary constituency. This is the first time Rai is contesting in a Lok Sabha election. He is currently the District Youth Congress President of Dakshina Kannada.

It has been 27 years since Congress tasted victory in the Dakshina Kannada constituency. Rai is a fresh face for the party, which had fielded the same candidate Janardhan Poojary in the last few elections, and lost. On the day of filing his nomination, Rai promised to generate employment for the youth, and build communal harmony in the region.

Endorsed by senior leaders of the party, Rai, as a youth leader, has led protests against the BJP on several issues over the years. He has been as an aspirant for several public offices too. In last year’s state assembly election, he was an aspirant for the Congress ticket to contest from Moodabidri, but his efforts turned futile. Around October 2018, the party had briefly suspended him for not being involved in its activities and for not replying to notices, but reinstated him later.

To know more about Mithun Rai, view his affidavit here.

Fourteen candidates had contested from the constituency overall, of whom 12 forfeited their deposits. Sitting MP Nalin Kumar Kateel of BJP had won the election, with over 53 per cent votes. The runner-up Janardhana Poojary of Congress, had won over 41 percent of votes.

About Arza Safiya 2 Articles
Arza Safiya is a correspondent with the news agency Story Infinity.

It is out: the analysis of candidates contesting in the 51 constituencies across seven states that go to polls on May 6th. Get a quick summary here of the gender gap, candidates’ criminal records and their asset details.

Hyderabad: Will national parties pose a challenge this time in AIMIM stronghold?

As Hyderabad prepares to vote in the very first phase of the Lok Sabha elections starting April 11th, a comprehensive look at the candidate choices before voters, and the issues that are on top of people’s minds.