The reports are everywhere, confirmed by various sources across the country. The coronavirus pandemic and the resultant lockdown have led to a massive spike in instances of domestic abuse. In a shocking report by the Press Trust of India published in early April, it was revealed that the Childline helpline in India received more than 92000 SOS calls over a period of 11 days during the lockdown, seeking protection from abuse and violence. The National Commission for Women has also confirmed a steady increase in the registration of domestic violence complaints from women since the lockdown was announced.

But why has this forced period of containment at home led to this surfacing of discord and violence? To understand that, one needs to get to the roots and address the underlying causes of domestic abuse. We spoke with Dr Lata Hemchand, a Bangalore-based Consulting Clinical Psychologist about the psychological causes of such behaviour and also on how to seek help during these times: 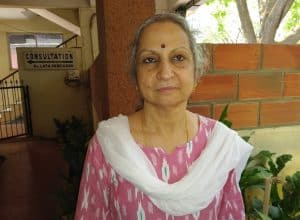 Why do you think we are seeing such a spike in domestic violence now?

There are many factors that come into play where domestic violence is concerned. Right now, with the lockdown due to Corona, people are cooped up in the house with their partners. Probably work provided the distance from each other, if they already had conflict. Now, the conflict becomes prominent as they are forced to spend more time together in the same place. Even small conflicts get exaggerated. Further, each may put the other under the microscope and look at each other very critically. Due to space limitations, they will be intruding into each other’s personal space a lot more, resulting in increase of conflicts.

In families where domestic violence exists, the abuser feels that he has a sense of entitlement. His attitude would be something on the lines of ‘If I don’t have things right in my house then I have to set them (wife, children, other family members) right.’

Further, if they have also grown up with fathers / male relatives who have beaten their wives, they tend to follow suit. This is irrespective of the class or society they belong to.

One of the other reasons for general indulgence in domestic violence is poor anger control, be it in one partner or both partners. It happens between parents and children too to some extent.

What are the different kinds of domestic violence? Is it limited to physical abuse?

Physical and sexual abuse is one obvious one. Other kinds are verbal, emotional, psychological (ambient abuse), and financial abuse due to economic dependence.

Emotional abuse includes labelling people in an abusive way or in a very judgemental fashion; for example, calling names and saying things like ‘You are an idiot’, ‘You are good for nothing.’, etc.

Ambient abuse generally happens between partners. Maybe, on the surface, the couple looks okay and everything seems fine but there are subtle ways in which the husband will insinuate or create a certain atmosphere where the wife starts feeling guilty. It may be criticism about her cooking, about the way she runs the house, about her appearance, or how she is not able to give him all that he wants. He creates a subtle atmosphere of guilt for the wife.

Ambient abuse is probably more common, though it does not come into light unless the wife is in therapy and talking about it.

What about domestic violence beyond the husband-wife relationship?

You can see that, in the current lockdown scenario, many parents are finding it difficult to handle young children at home and sometimes they tend to become abusive and even slap their child because of anger issues. Children of age below 10 require some physical activity. Parents will have to be more innovative in trying to see how they can come up with new activities so that children don’t get irritable, cranky and throw tantrums. Till now, parents generally left it to the schools, play-homes or crèches to take care of their children. Now, suddenly to manage the child the whole day, day after day, is a challenge.

Parents will be dealing with many things together now – no domestic help, working from home, etc. So managing all that and tantrums of the children can be difficult. And people can lose control because of that.

Research however shows that becoming physically violent or abusive is much more among partners than other family members.

Are senior citizens vulnerable too?

If the senior citizen is someone who is already dependent on the younger generation financially or for physical needs, and if they have mild cognitive deficits added onto it, it can make matters worse. The younger generation or the couple who are actually earning have to manage everything and they take it out on the elderly people because the aged find it difficult to comprehend due to their cognitive impairment, things have to be repeated again and again, they tend to forget…

The cognitive deficits that older people have act as an irritant. Now that more time is spent with them, there is more likelihood of being rude or nasty to them, all that happens. Elder abuse by itself is well documented, especially patients with any psychiatric problem or even with dementia.

Why do people still stay in such abusive relationships?

That, I think, has a lot to do with socio-cultural factors like stereotypes we carry – the woman has to be a super woman, doing everything, adjusting to everything (‘adjust’ is a big word), and then not making a point of her own pain or her needs; she has no space for that. This is a stereotype that we carry from a very long time, having been a patriarchal society. I see abuse in very educated families too.

Women feel guilty asserting themselves. They feel they have to be a very understanding person, always empathetic towards the partner. Another reason is that women, who have gone through sexual abuse or physical abuse in childhood, somehow start accepting this as a way of life. Then there is the fear of social stigma.

Economic dependence adds to the problem. Even when the sufferer realises that things are not how they should be, they do not have the economic independence to complain or walk out. And currently, in the lockdown period, there is not much they can do about changing this dependence.

In the lower classes, most husbands beat their wives – probably as many as 50-60%. Alcoholism, drug addiction increase the chances of domestic violence. But I have seen this across society: even so-called educated highly accomplished people indulge in domestic violence.

You’ve mentioned that specific personality disorders could act as reasons for a person being violent at home. Can you please explain that?

Some people may be having ‘Narcissistic personality’. Ambient abuse (of which gaslighting is an expression) is very common among this personality type. Male partners in such cases are very manipulative and will manipulate any situation to their advantage.

Then there are those with EUPD – emotionally unstable personality disorder.  Both of them have anger issues, especially EUPD. I have seen patients beating up their parents too. They have very severe anger issues. They are always insecure and anxious and feel that the whole world is against them. They are highly suspicious and cannot trust anyone – that is their biggest problem. Interpersonal conflicts are one of the major areas of difficulty for them.

Anti-social behaviour is also another personality disorder where you find gross violence. These are people who get into criminal activities. People generally know what is right or wrong through their conscience. Anti-social personality people lack conscience – they have somehow not developed that conscience at all.  They may be sadistic / find pleasure in causing harm to others.

Is there any treatment for people with EUPD?

Yes, there is. These people also go through bouts of depression which can be treated both medically and through psychotherapy. The main line of treatment in cases of personality disorder would be long-term therapy.

Personality disorders are a little different from the other mental illnesses—with time these develop into personality traits. It is not like a symptom that comes and goes. Anger, for example, becomes a part of the individual’s personality. It makes it even more difficult to change.

Change in these cases takes a long time and they have to be in therapy for years to work on these issues. To begin with, they will be in denial. Someone else has to ensure that the person gets help. Usually, it will be a family member who will complain about them and bring them either because of the violence, or because they show suicidal tendencies. The latter may be attention seeking behaviour but one can never say. As therapists, we take all suicide attempts seriously.

The first step is for victims to become aware of their rights. Next, they must start talking about it — at least to close friends, or people whom they trust, their parents… I think even the partner’s parents should know what is happening.

Where there is physical abuse, women generally tend to hide the fact because factors like shame, guilt and stigma push them to hide that they are being abused. They should first stop feeling ashamed about it because they are not perpetrators – they are the victims.

The other thing to do is, whenever there is a physical injury, however small it may be, the victim should go to the doctor and get the doctor’s notes about the injury. This helps gets a written record, so that whenever they feel confident enough to go ahead and take help, there will be some evidence to show.

There may be partners who control even that – they may accompany their spouse to the doctor. In such cases, this may be the point to start asserting oneself. The victim must insist on speaking to the doctor alone. Or they must muster the courage to come clean about what happened even in the presence of the other. No question of making up stories or trying to hide the truth.

What else can one do to get out of this web of violence?

Victims of domestic violence are generally very anxious. In most cases where anyone is so oppressed, guilt and anxiety are the major symptoms.  ‘I am a nobody,’ ‘I am a loser – that is why I am going through all this,’ or ‘I am unlucky’ – these thoughts are very common. The sufferers victimise themselves in their thoughts too, making themselves more anxious in the process, and thus making it more difficult to come out about it.

The first thing they need to do is talk about it and reach out for help either from professionals or from those whom they trust. Taking legal advice about their own rights would also be an important step.

People may hesitate to come to therapists to talk about their being abused. There are helplines and women’s help groups too like Vimochana, Shakti, and the police helpline ‘Vanitha Sahayavani’ (http://bcpparihar.org/contact/).

Another way is seeking help online, especially during this period of lockdown. For example, the Indian Association of Clinical Psychologists (IACP) has made a volunteer group across India who can help people in any part of the country with respect to any COVID-19 related issue, including domestic violence.

In addition, IACP has started an initiative to provide free tele-counselling psychological support through its PARAMARSH helpline during the current COVID-19 crisis in the country. This helpline works from 9 am to 9 pm; the number is 080 47192224.

Get the Citizen Matters newsletter
About Deepa Vaishnavi V M 10 Articles
Deepa Vaishnavi is a member of Co Media Lab, she is also a soft-skill trainer and a citizen journalist.
Advertisement