Ahmedabad West constituency was created as part of the delimitation of Parliamentary and Assembly Constituency Order(2008)and is reserved for candidates belonging to the Scheduled Castes. This constituency, along with Ahmedabad East, was formed out of the erstwhile Ahmedabad constituency, which has been a Bharatiya Janata Party (BJP) stronghold since 1989.

The constituency has seen two parliamentary elections since its formation, both of which was won by the BJP candidate Kirit P Solanki. The constituency comprises of seven assembly constituencies- Ellisbridge, Amraiwadi, Dariapur, Jhamalpur Khadia, Maninagar, Danilimda, Asarwa. 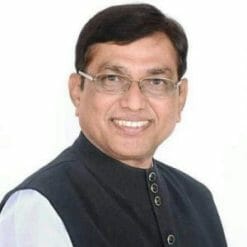 Solanki is a medical practitioner by profession and has practiced and taught medicine for over three decades. He had served as the president of the Gujarat State Surgeons Association. He has been elected as MP from Ahmedabad West constituency since 2009. He will be contesting for the third time during the 17th Lok Sabha elections, and has submitted his asset details with the ECI.

Raju Parmar  has been a  three time Rajya Sabha MP being elected in the years 1988, 1994 and 2000. As an MP during his tenure, he has been a member of the Committee on Welfare of Scheduled Castes and Scheduled Tribes; Committee on Industry; Tobacco Board (Ministry of Commerce); Public Accounts Committee. 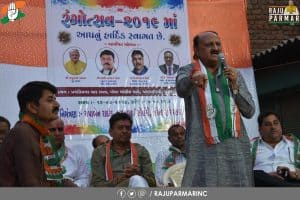 The details of the affidavit filed by him, can be found  here.

Details of his affidavit provided to the Election Commission are present here.

Issues in the Constituency

A survey by the Association for Democratic Reforms (ADR) titled All India Survey on Governance Issues and Voting Behaviour found that residents of Ahmedabad West stated noise pollution (48.18 %); need for better hospitals/ primary health care centres (48.07%); and drinking water (48%) as the three main issues in the constituency.

Video explainer: How effective is the Model Code of Conduct, really?

Instances of alleged violations of the Model Code of Conduct (MCC) in these elections have been numerous. What does the MCC really imply and how binding is it? The next in the Factly series of videos deconstructing various aspects of Indian elections takes a look.

Secunderabad MP Bandaru Dattatreya has an impressive record in terms of attendance and MPLAD fund utilisation. Here is the detailed report card on his performance as an MP.

Is Delhi ready for a green Diwali, with only anars and phuljaris?

The Supreme Court has mandated that only ‘green’ crackers as formulated by CSIR-NEERI and approved by PESO may be burst this Diwali, so that there is less air and noise pollution. But is Delhi, a city used to boisterous celebrations for a week before and after the festival, ready for a quieter, smoke-free Diwali?