Come May 19th, it will be fauji versus fauji for the first time ever in the Shimla reserved Lok Sabha seat. Perhaps not so surprising given that the state has 1.6 lakh ex-servicemen and over 62,000 serving personnel, with Shimla alone having over 10,000 ex-servicemen (total electorate 11,53,363 as per 2014 figures).

Shimla parliamentary constituency is comprised of 17 assembly segments across three districts: Shimla, Solan and Sirmaur. Retired Col Dhani Ram Shandil of the Congress is pitted against former air force senior non-commissioned officer Suresh Kashyap of BJP, both two-time sitting MLAs and belonging to the Koli community. BJP apparently decided to replace sitting MP Virender Kashyap, who had won two successive terms from this Congress dominated seat, on the basis of its field survey reports which described his performance as MP as “unsatisfactory.”
[flexiblemap src=”http://data.opencity.in/Data/Himachal-Pradesh-Parliament-Constituency-Shimla-V-1.kml” width=”100%” height=”400px” ]

Congress’s Col Shandil, 78, is a two-time sitting MP from here and was a cabinet minister when Congress ruled Himachal Pradesh. He served in the army’s Dogra regiment during 1962-96 and participated in the 1962, 1965 and 1971 wars; since then, he has been active in social organisations that work for the Dalit community and poor sections. The Congress obviously hopes that Shandil will be able to effectively counter BJP’s national campaign theme of nationalism and national security.

Col Shandil first won the Lok Sabha seat from Shimla in 1999 on a Himachal Vikas Congress (HVC) ticket, a party floated in 1997-98 by former union telecom minister Sukh Ram and retained the seat in 2004 on a Congress ticket, improving his victory margin over his BJP rival. In his two terms as MP, Col Shandil had vigorously pursued expansion of railway connectivity in the state, particularly between two important industrial belts of Paonta Sahib and Baddi-Barotiwala in Sirmaur and Solan districts. But Shandil’s effort went in vain even though the then railway minister Laloo Prasad Yadav had sent teams for doing preliminary surveys. “If elected, I will revive the matter and see that the industrial areas are connected by rail” he assures.

Suresh Kashyap, 48, is banking on the fact that the electorate had voted in a BJP government in the state 2017 and will do the same in the Lok Sabha polls too. The stakes are high for BJP here as Shimla has been a Congress bastion since the 1998 Lok Sabha elections. A defeat here would have an impact on BJP’s first time Chief Minister Jai Ram Thakur’s leadership.

Pulwama terror attack and Balakot air strike find mention in most of Suresh Kashyap’s campaign speeches. “I am a fauji and Col Shandil is also a fauji,” said Kashyap, who joined the Indian Air Force on April 22, 1988 and retired after 16 and a half years of service. “The difference is he (Col Shandil) belongs to a party that questions India’s surgical strikes and air strikes,” Kashyap says in his poll meetings.

In his assembly constituency Pachhad (reserved), Kashyap earned voters’ appreciation for getting a Government Degree College started there, opening of a new SDM office, building a 100-bed hospital, a Rs 14 cr worth road project and getting 18 other road schemes sanctioned under the Pradhan Mantri Gram Sadak yojana (PMGSY). “My focus has been mainly in improving road connectivity in this under-developed constituency, besides setting up health and educational institutions and pursuing irrigation schemes,” he says.

It has been a surprisingly mild-mannered campaign, with both candidates focussing on farmers’ issues and the need for better road infrastructure, which is crucial for the state’s development given its limitations of rail and air connectivity. “Roads are big issue for the people in Shimla, Solan and Sirmaur,” said Devi Das Chauhan, a farmer in Dharampur in Solan. “There are several areas which don’t have motorable roads, and have no irrigation and marketing infrastructure for fruits and cash crops grown by the farmers. The ambitious 88-km Shimla-Parwanoo four-lane work started by the NHAI in 2015 is way behind schedule”.

The project, costing Rs 2,730 crore, was taken-up in three phases. The first phase of 39-km at a cost of Rs 748 crore should have been completed in March 2018, but only 60 percent of the work is done. Questions have also been raised on the quality of work done, as the stretch is a dangerous experience for users due to frequent landslides and collapse of retaining walls, especially during the monsoon. The other two phases are yet to be launched.

Recently the Himachal Pradesh High Court had questioned NHAI and the state government on the cost and time over–runs. The government  and NHAI, attributed the delay to unforeseen geological conditions resulting in landslides, legal disputes and land acquisitions issues. When completed, the distance between Chandigarh and Shimla will take just one and half hours against the close to four hours at present. “But frequent traffic jams is making this a five-hour journey which is affecting tourist arrivals,” said Prince Kukreja, a Shimla hotelier.

The severe water crisis of last summer is another issue the Congress keeps harping on, as also the unkept promises to farmers. However, voters are particularly upset over Prime Minister Narendra Modi’s unkept 2014 promise to raise duty on imported apples to protect the state’s apple farmers. At that time, Modi had also given an assurance that the government will make it mandatory for soft drink companies to mix 25 percent fruit juice in soft drinks to help the apple growers find new markets and value addition. That too never happened.

“Our farmers can’t complete with foreign apple varieties, both in terms of packaging and quality,” said Prakash Thakur, who owns an apple orchard and was former Vice-Chairman, HPMC – a state government run marketing and horticulture produce processing corporation. “More foreign apples coming to India directly hits domestic growers. Import of foreign apples needs to be curbed primarily by raising import duty, to protect our interests. Modiji had promised this in his 2014 poll rally. We moved this proposal during the previous Congress government too, but nothing happened”.

Another key issue in this constituency relates to the demand for Scheduled Tribe status raised by the Hatti  community, a tribe known for its distinctive lifestyle. Their quaint ancient traditions, unique festivals and marriage systems have enabled the nearly three lakh strong community to live a simple, secluded lifestyle. The community is located in 133 panchayats of Sirmaur district, which shares a border with Uttarakhand.

But while their neighbours across the border have been SC/ST status, the Himachal Hattis are still fighting to be included in the ST list. They are geographically separated from the rest of Himachal by the Giri river and have seen little economic development over the decades. Everytime elections come around, they are promised they will be given the elusive tribal status. Narendra Modi, Union Home Minister Rajnath Singh and BJP party president Amit Shah are all on record on this promise.

This time, the community is demanding a solid assurance that candidates will keep this promise. “When I was MP, I had raised the issue in Parliament several times,” said Col Shandil. “I am sure my successor Virender Kashyap of BJP also tried. But nothing was done. If the community gets tribal status, they will get the benefits of the special schemes for tribals”.

Some voters, especially woman voters, question the fact that the two main parties (a total of six candidates are in the fray) have not fielded a single woman from the state. “I want to know from both the BJP and Congress, couldn’t they find a single educated woman to field in this constituency,” asked Nikita Thakur, a first time voter. “And why a 78-year-old person rather than a younger face. What can you expect from him if he is elected?”

Here’s a quick overview of the two main contenders in the constituency: 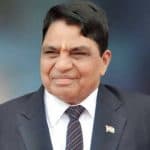 Political career: Elected to Lok Sabha in 1999 as Himachal Vikas Congress Party nominee; re-elected
in 2004 as Indian National Congress nominee. Elected to the State Assembly in December, 2012 and 2017; was Social Justice & Empowerment Minister from 2012-2017.

Cases against him: Two FIRs filed in 2018 and 2019 for unlawful assembly and causing public unrest.

While the state BJP says the decision to replace the sitting MP Surendra Kashyap was purely based on winnability factors, many voters expressed their unhappiness with him. He failed as an MP as none of the promises he and his party made were fulfilled,” said Sanjah Chauhan, former mayor and CPM leader. “For example, the promised remunerative prices for cash crops like tomato (grown in Solan areas), better road infrastructure, expanding irrigation facilities, setting-up processing units, Controlled Atmosphere storage (CAS) for vegetables and fruits and raising import duty on foreign apples, none of which have happened”. 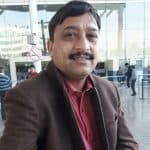 West Delhi’s incumbent MP Parvesh Sahib Singh Verma is contesting from the constituency again on a BJP ticket. While Verma had 97 percent attendance in parliament, his participation in debates was below average

Why this CAG report should jolt urban municipalities in Karnataka