Dropping its sitting member Udit Raj and fielding a non-filmi Punjabi and Sufi singer Hans Raj Hans could make the going tough for BJP, which had won all the seven Delhi seats in 2014. Udit Raj, 58, National Chairman of the All India Confederation of SC/ST Organizations, has now joined the Congress, vowing “not even a single Dalit will vote for the BJP.” AAP leaders, however, have said that Hans Raj Hans cannot contest from this SC-reserved seat since he converted to Islam in 2014.

The three-cornered contest is here is between Gugan Singh of AAP, Hans Raj Hans of BJP and Rajesh Lelothia for Congress.

As per the Election commission of India (ECI) website the constituency has a total of 2378984 voters.

The nominations of  13 candidates from different political parties or standing independently have been accepted by the ECI. 24 nominations have been rejected by the ECI.
[flexiblemap src=”http://data.opencity.in/Data/Delhi-Parliament-Constituency-North-West-Delhi-Map-V-1.kml” width=”100%” height=”400px” ]

Padma Shri awardee Hans Raj Hans, 57, is a rank outsider to the constituency, and has little to talk about in his campaign speeches leaving it to party workers to do the door to door work and banking on Narendra Modi’s popularity. Given his shifting loyalties, from the Shiromani Akali Dal (SAD) in 2009 on whose ticket he contested the Jalandhar Lok Sabha seat that May, to the Congress in February 2016 then the BJP later the same year, voters in Delhi may have heard his albums but know little else about him. 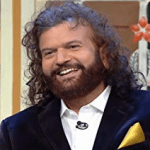 Gugan Singh, 70, of the Aam Aadmi Party (AAP), a former member of the state assembly on a BJP ticket joined AAP in 2017 and is well known in the constituency. His manifesto promises farmer welfare in this predominantly rural constituency located at the periphery of the national capital. Gugan Singh is a local face and appears to be the front runner with his added emphasis on education and health. A prominent Dalit face among voters in the outer areas of this constituency, Gugan Singh is finding support among villagers who are hoping for better amenities and overall development from AAP. 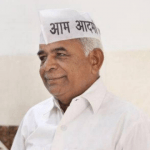 Congress candidate Rajesh Lelothia, 50, is also a well known face in this constituency, having been a two-time member of the Delhi assembly and is currently working president of the Delhi Pradesh Congress Committee. A long time Congress worker who has held various positions in the party, Lelothia is targeting Udit Raj’s support base, the Dalits, promising to work specially for Dalits, cleaning workers and women’s safety. 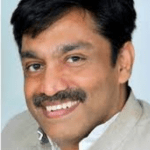 In this, one of Delhi’s most densely populated areas having 36,56,539 people spread over residential and commercial areas like Saraswati Vihar, Rohini, Narela, Model Town and Mangol Puri, national security may find little resonance among the over 23 lakh voters, given the more pressing problems they want their MP to address, such as employment and local area development.

Major issues among voters in North West Delhi include sealing, metro connectivity, and water and electricity issues. In 2017, the sealing drive was conducted and factories that violated FAR guidelines were sealed. Naturally, this left thousands of workers unemployed and the owners without any source of income. This has also led to an unemployment problem in the constituency.

Delhi loves its Mohalla Clinics, but can they really improve public healthcare?

The Aam Aadmi Mohalla Clinics, which aimed to take free primary health care to every neighbourhood, is a great hit among the people. But with just 189 operationalised in close to four years, can they prove to be a gamechanger where affordable public healthcare is concerned?

The incumbent BJP MP, a former shooting champ, has been an MLA in the Haryana Assembly for four terms and an MP for four terms. He takes on, among others, another veteran from the Congress and a 58-year-old businessman on BSP ticket.

Explainer: How can ONDC make it easier for your local kirana store to sell online?

The Open Network for Digital Commerce, or ONDC, is aimed to make the digital marketplace accessible for all e-commerce players, big and small.