A financial and technology hub a few kilometers from the National Capital, Gurgaon, the Millenium City,  is considered one of India’s bellwether seats. A bird’s eye view of this constituency can be found here.

Gurgaon started as a constituency in Punjab and had Maulana Abul Kalam Azad from the Congress Party as its MP for the first two Lok Sabhas. With Rao Inderjit Singh as its candidate, INC continued its win here till such time that he changed parties and joined the BJP, and won the seat again.

Twenty Four candidates are contesting from Lucknow this time, of whom most are from political parties / groups. Links to their affidavits can be found towards the end of this article.

The final list of candidates is after the Election Commission of India (ECI) rejected eight nominations while three withdrew their nominations. No woman is contesting from the constituency this time. Another fact is that none of the contestants here have any pending criminal cases.

Virender Rana of INLD is the richest candidate here with assets worth Rs 102.58 Crore while Vinod Kumar of AAP (Peoples) has declared assets of only Rs 61,500.

What is interesting to note is that there are multiple cases of candidates having names in common – Pawan Kumar and Pawan Nehra, Ramesh Chand and Ramesh Kumar, Rao Inderjeet and Rao Inderjit Singh, and Virendra Rana and Virendra Singh. 6 have Singh in their names, and a similar number have Kumar.

Rao Inderjit Singh of the BJP is the incumbent MP from this seat. A bronze medal winner in the Commonwealth Shooting Championship, he has been an MLA in the Haryana Assembly for four terms and an MP for four LS terms. He was a member of the INC till September 2013, when he joined BJP. He is currently the Union Minister of State for Planning (independent charge) in Government of India. 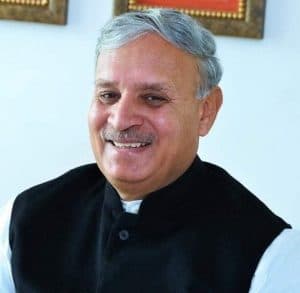 An overview of his participation in the current term:

More details about the various official positions held by him can be found here.

Capt. Ajay Singh was a commissioned officer in the Indian Army and has won the Rewari assembly seat six times. He was the Finance Minister and later made the Power Minister during 2012. He also served as the Finance, Irrigation, Forest and Environment Minister when the INC was last in power. 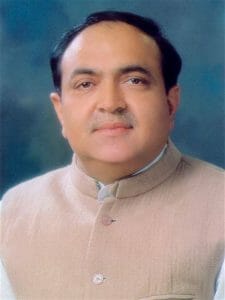 (Click on a candidate’s name to view his/her affidavit)

Measures controlling urban form, land use and design of individual neighbourhoods can make a big difference to traffic. What do they entail?

Intense September rainfall over a couple of days devastated large parts of Pune, causing loss to life and property and exposing the unpreparedness of the city authorities. Yet, the writing on the wall had been clear for some time and called out by both environmentalists and lay citizens.