A recent workshop on air pollution, which saw participation from IIT Delhi and Kanpur, Centre for Sustainable Agriculture, World Health Organisation, as well as the Delhi Pollution Control Board and the Central Pollution Control Board, brought to the fore yet again the fact that there are no policy level interventions to stop farmers from burning crop residue.

Experts at the event stated that the state government and the central government need to prepare now for a pollution free winter. However, there seems to be a lackadaisical attitude towards applying existing data into a working and effective policy-level intervention. The implementation of Delhi’s Graded Response Action Plan has seen limited progress since its notification and a case in point is the crop burning issue along with other high emission sources such as coal-fired power plants that led to apocalyptic air quality in the capital last year. The first harvest season of the year is all set to begin this month. 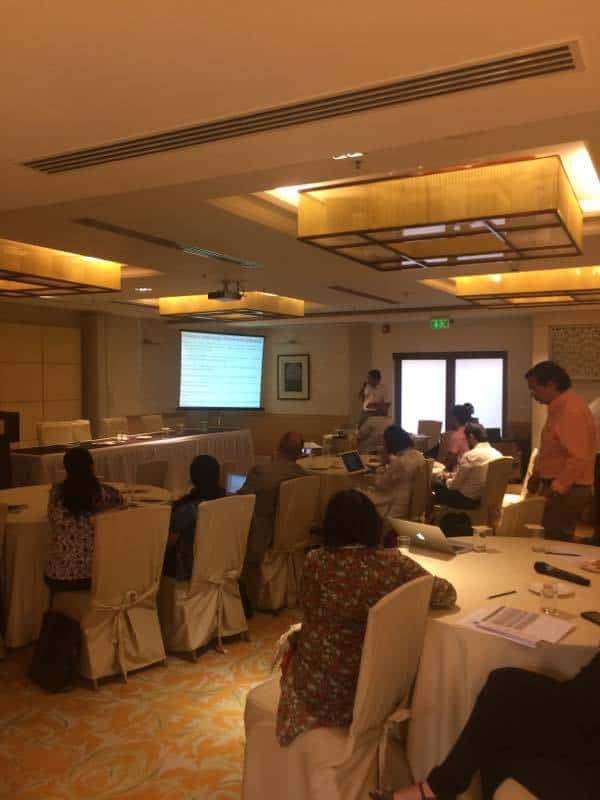 According to Ramanjaneyulu GV, Executive Director, Centre for Sustainable Agriculture, It will take more than just imposing fines on farmers to eliminate the crop burning problem. “This is a policy driven crisis, the problem of biomass burning is due to mechanisation and cropping patterns that are adopted which are driven by the policy, collecting the left-over stubbles is clearly financially unviable at this point of time due to low prevailing prices for the grains. Therefore, simply imposing a ban and a fine for not adhering to the ban does not work. it needs a very comprehensive approach and good support systems at the grassroot level to create financially viable solution for the farmers.”

The National Green Tribunal, in response to a plea by environmentalist Vikrant Tongad, passed a judgement penalising the farmers by imposing fines capped at 2500 rupees to 15,000 rupees for burning crop in the open.

Delayed action on the issue of crop burning coupled with lack of enforcement of emission control norms for coal-fired power plants are increasing the number of air pollution related deaths in Delhi. Many organisations such as The Health Effects Institute, World Health Organisation as well as Greenpeace, Public Health Foundation of India and IIT-Delhi, have repeatedly highlighted the serious impact of poor air quality can have on human health. However, in the recent parliamentary sessions, the Union Environment Minister, Anil Dave, discredited them by stating that there are no conclusive studies that link human death to air pollution.

“Clean air and access to potable water to every citizen is a necessity for sustainable economic development. When it comes to air quality, experience from across the world tells us that a suite of mitigation measures coupled with modern technology (to minimize emission), strict regulation with proper enforcement as per the local needs, and adequate monitoring network can lead to improved air quality. It is possible to achieve clean air. In addition to that, the advantage of these measures is that they not only give us a clean air to breathe but save the money by avoiding costs which would otherwise go towards human health issues” said Prof Sachchida Nand Tripathi, IIT, Kanpur.

Professor Sagnik Dey of IIT, Delhi in his session on health impacts from air quality responded to the recent parliamentary debates questioning the lack of substantial evidence to act upon air quality and health, “There’s plenty of evidence from studies conducted in the last thirty years stating the short-term impacts of air quality on health, the pollution has been persistent over the years and one has to understand that the short term health impacts are a function of long terms illnesses and needs urgent attention, India does not lack studies, we have ample evidence suggesting that we are in a crisis and what we might want to work on is to develop a frame work to study long term health impacts but that’s no excuse to not take the present crisis seriously”.

Also participating in the workshop was Ray Sudweeks, First Secretary for Energy Affairs, US Embassy. Sudweeks highlighted that the challenge for India is to pioneer a new path to sustainable development. Comparing regulations in the US, he said, “For more than 45 years, the clean air act has cut pollution as the US economy has grown. The US experience with the clean air act shows that protecting public health and building the economy can go hand in hand. Since 1970, the aggregate national emissions of six pollutants alone dropped by 70%, while the nations GDP grew by 246%”.

(The information in this article has been provided by the Global Strategic Communications Council (GSCC) and has been published with minimal edits under the Press Note section meant for nonprofits and public interest messages.)

2020 is around the corner, can we stop Delhi from running dry?

If a 2018 Niti Aayog report is to be believed, the capital is among 21 Indian cities that look poised to run out of groundwater by next year. Here’s what has brought Delhi to this ominous brink, and what needs to be done to avert Doomsday.

Does heritage preservation in Mysuru have to be a zero-sum game?

The Mysore City Corporation wants to demolish the iconic structures of Devaraj market and Lansdowne building, believing that to be the only option in the face of accident risks as well as growing demands of vehicular traffic. Yet, heritage conservation calls for a more balanced, meticulous approach.

Gaps remain, but technology is the best bet for Delhi schools today

Despite niggles over unequal access, missing interaction etc, students and teachers are trying to derive the most out of the various initiatives introduced to facilitate schooling online.