Many of us have seen birds depicted in sketches and paintings, but Vidhya Sundar of Bangalore decided that her passion for birdwatching would find expression in another traditional art form…that of rangoli.

Last year, Vidhya had made rangolis of birds for the month of Margazhi (Dec 15 to Jan 15) when all kinds of rangolis and kolams are created. Her success with the art encouraged her, this year, to follow the colour chart prescribed traditionally for the nine days of the festival. She selected the birds that would follow the colour scheme, and also chose elements from various photographs from the net that would allow her to depict these birds accurately.

Each rangoli took about two hours to create, and she made each after the day’s work was done, and the area in front of her apartment was without disturbance. Depicted are: 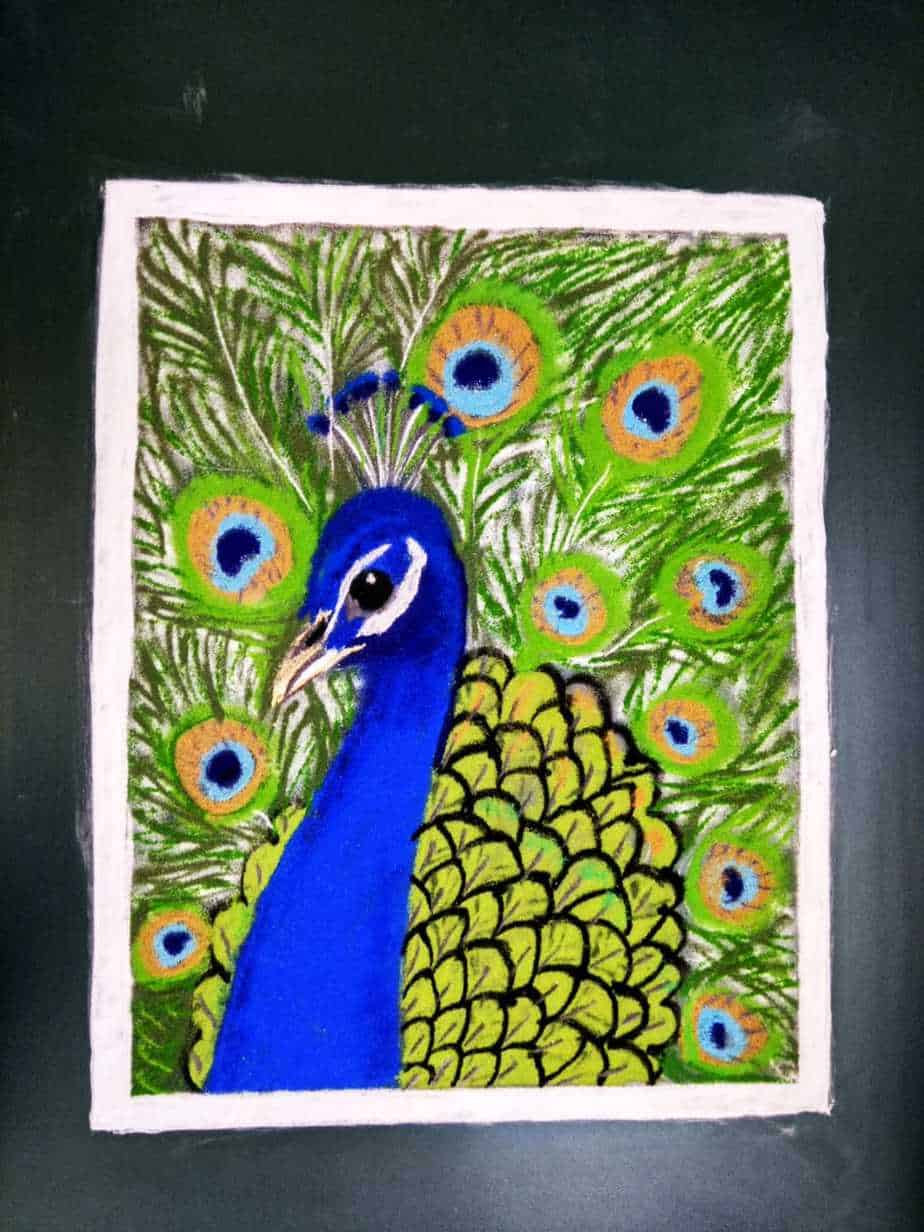 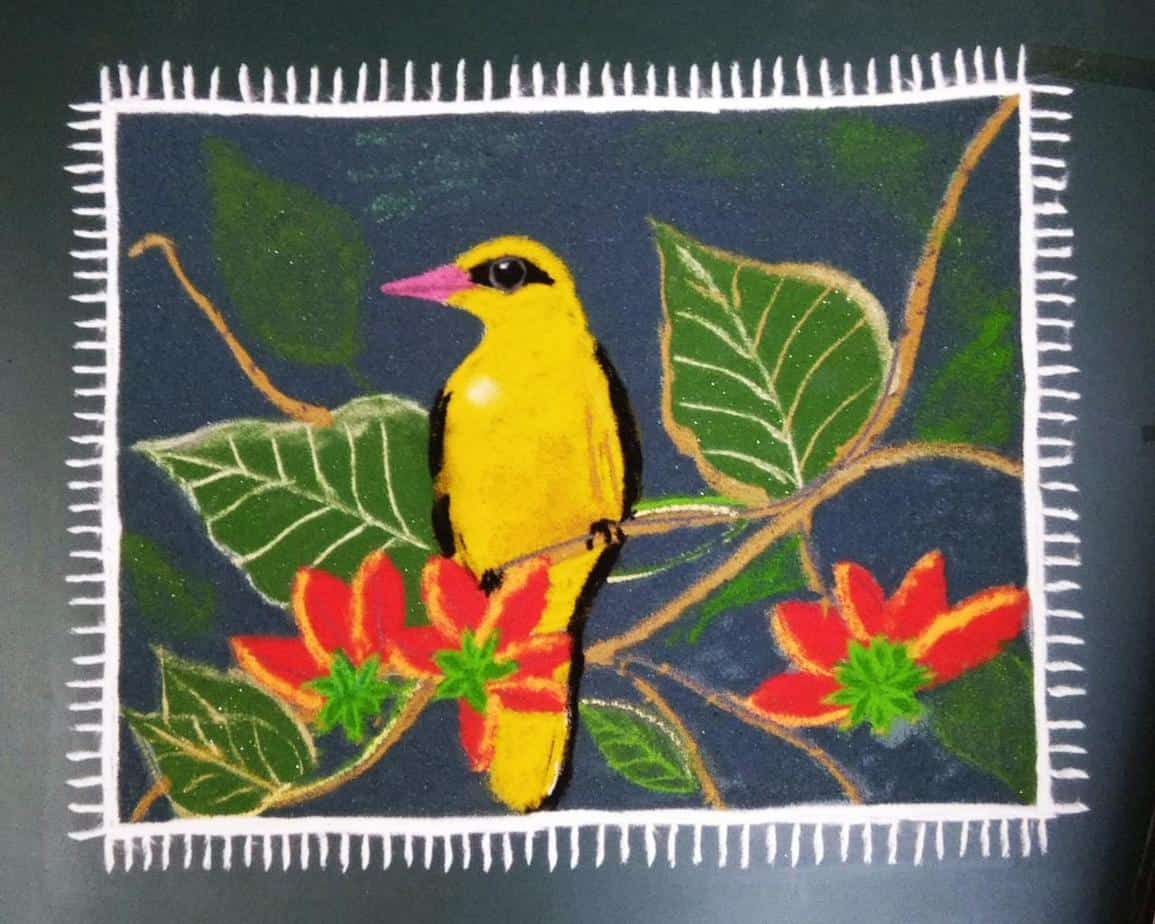 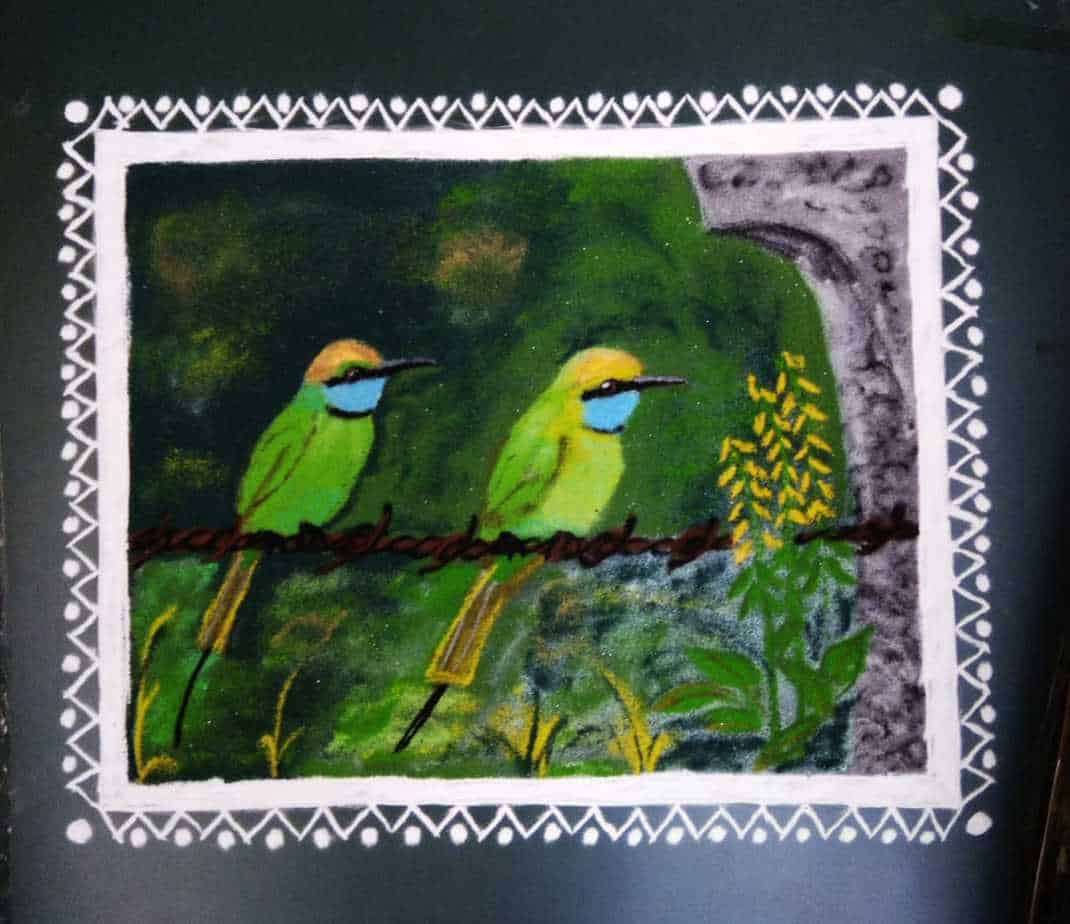 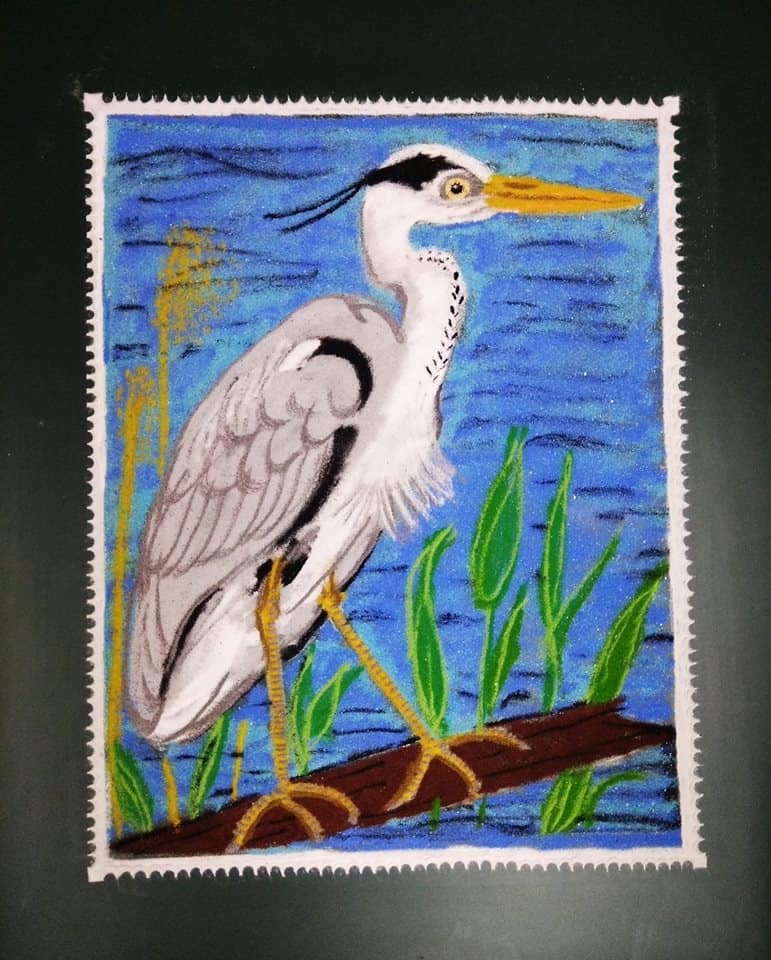 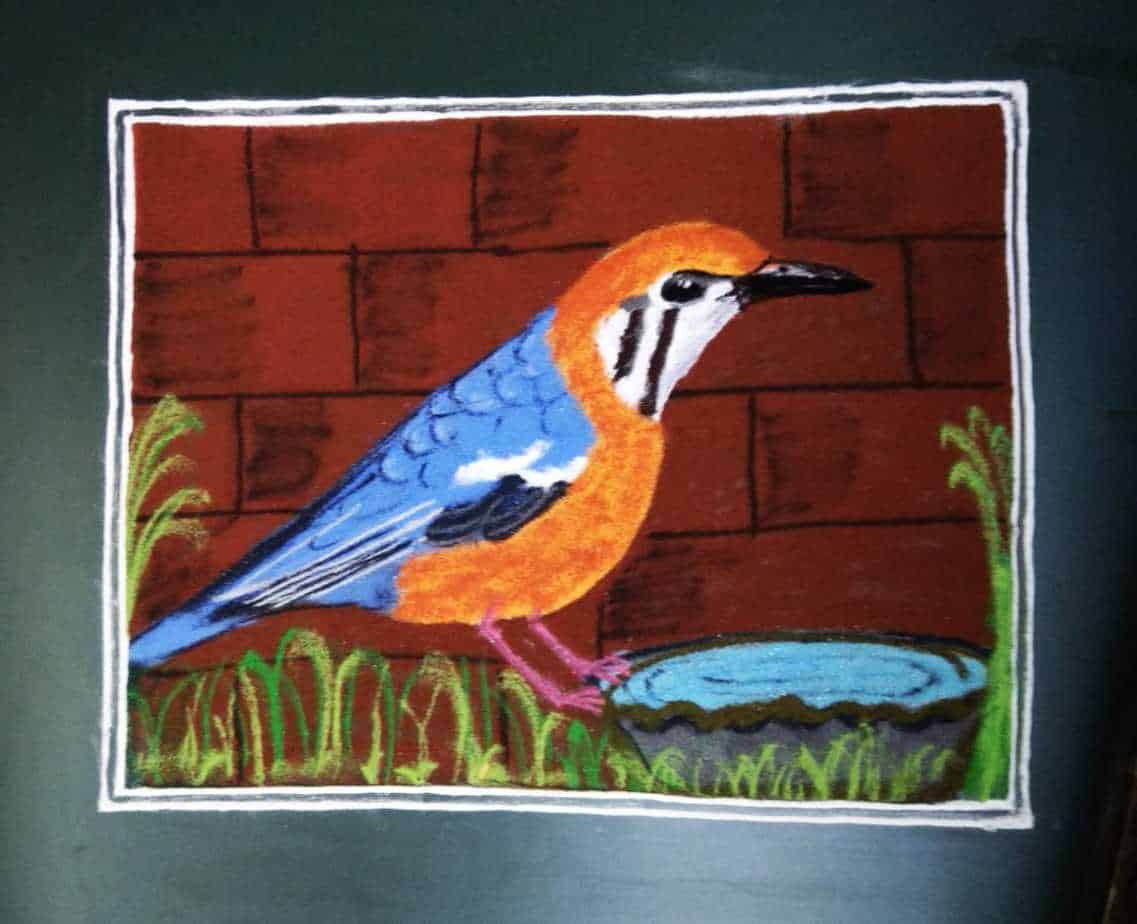 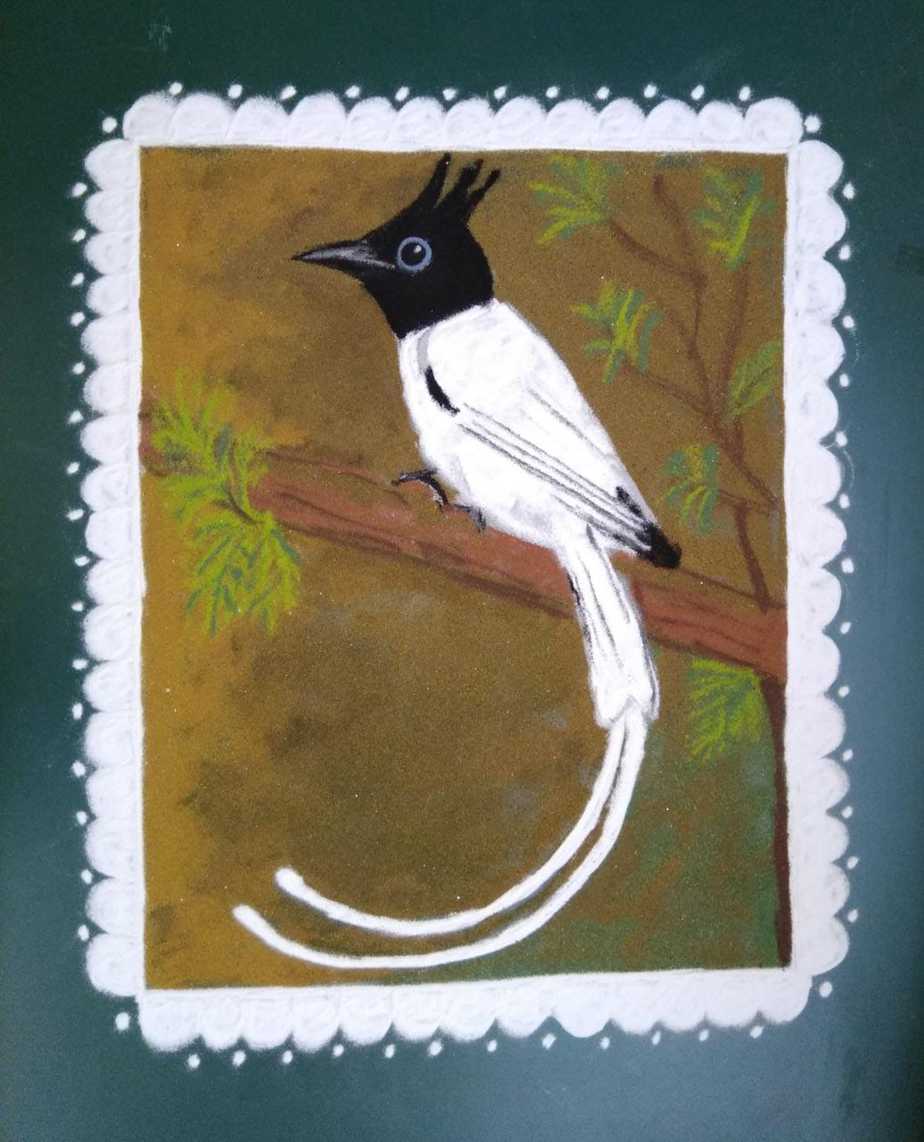 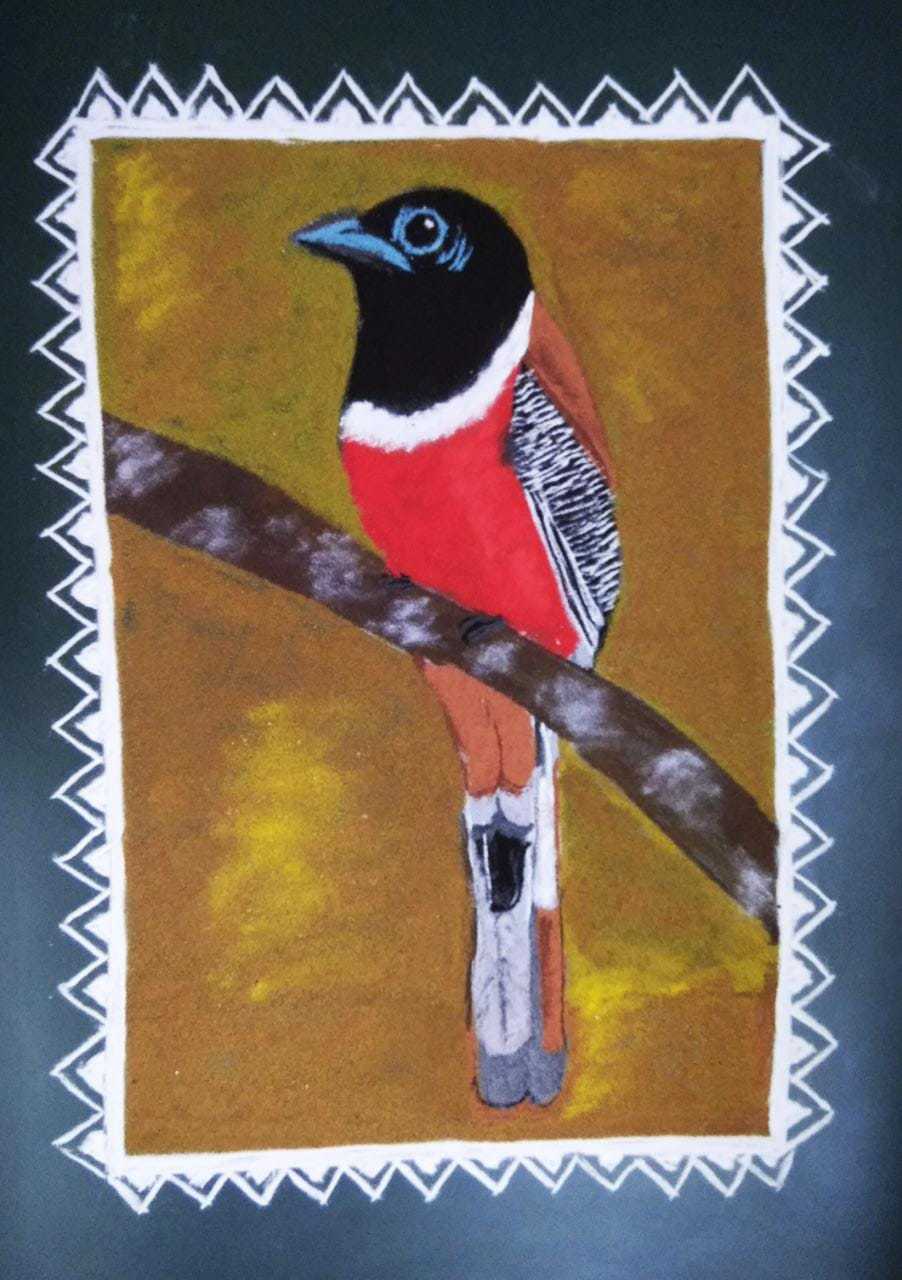 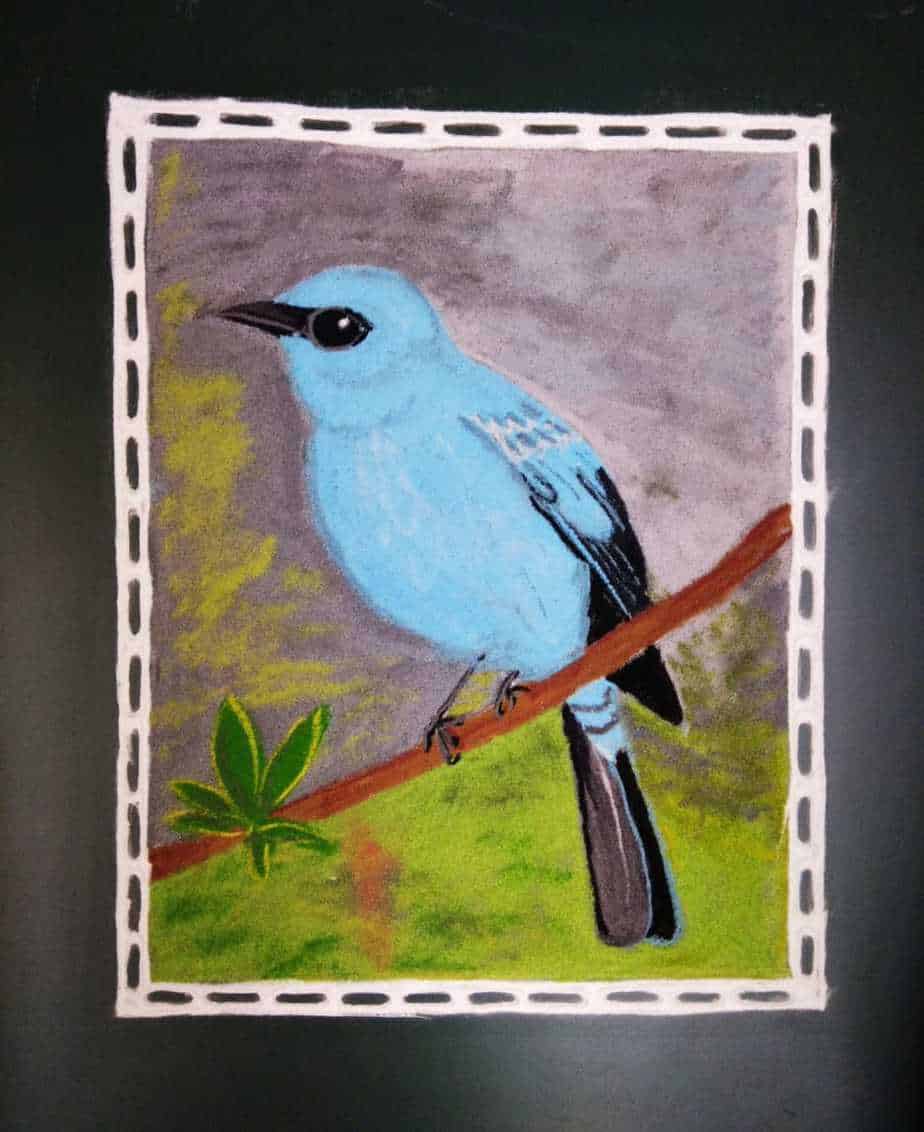 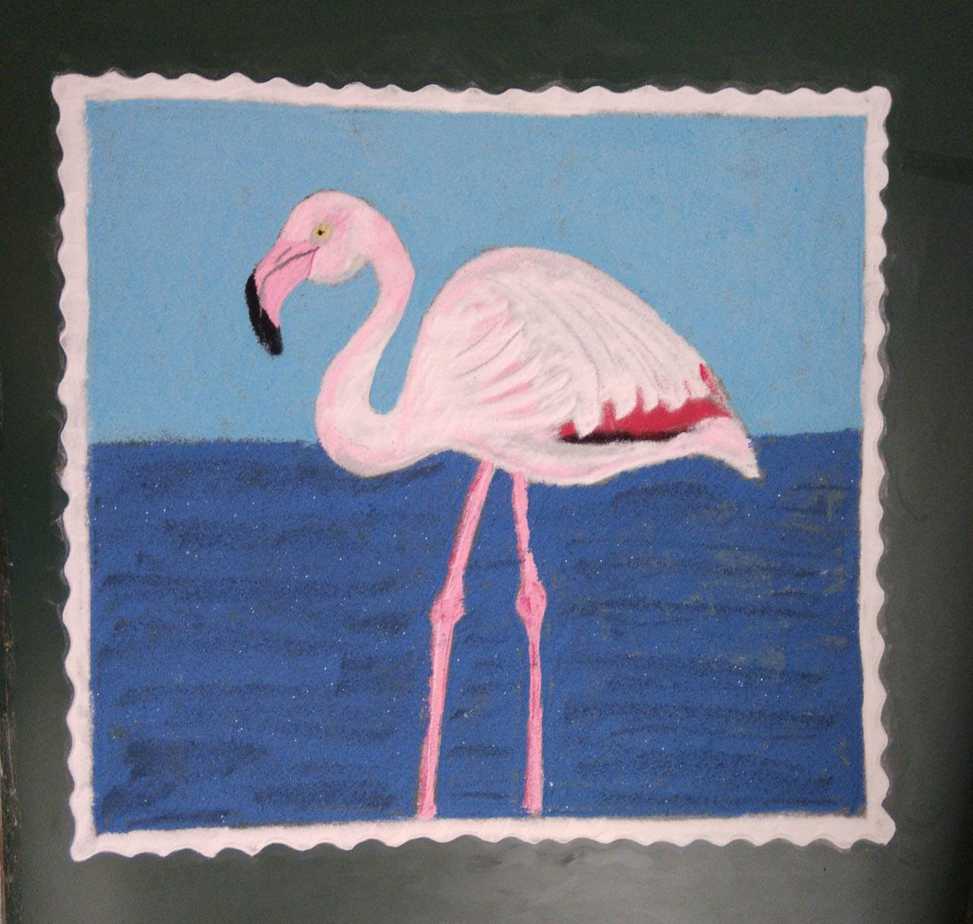 You can see her creating one rangoli, in the time-lapse video created by Jayashree Govindarajan, here:

An interesting feature about this form of art is that it is ephemeral; Vidhya wipes out the previous day’s rangoli to make the next one!

Get the Citizen Matters newsletter
About Deepa Mohan 12 Articles
Deepa Mohan is a freelance writer and avid naturalist.
Advertisement