On our way back from our nature/birding outing, I suddenly caught sight of a beetle and a snail, on a tiny twig. Seeing these two together isn’t very common, so I decided to photograph the scene. 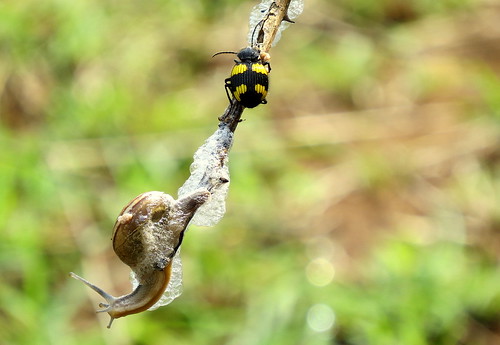 I then realized that what was going on was an attack, and a major war! The beetle, like all ground beetles, likes a snail diet, and was attacking this one. 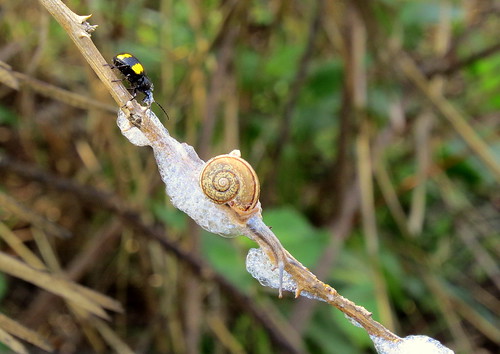 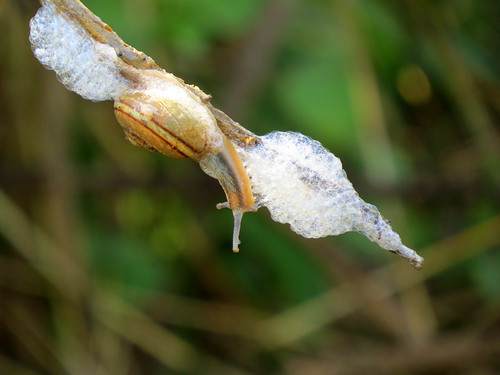 This was an amazing drama that we watched for a while. The beetle was attacking the snail, which produced the froth in self-defence.

Whenever the beetle approached the snail, it would get caught in the froth and would go off with a little bit in its mouth.

You can see this here: 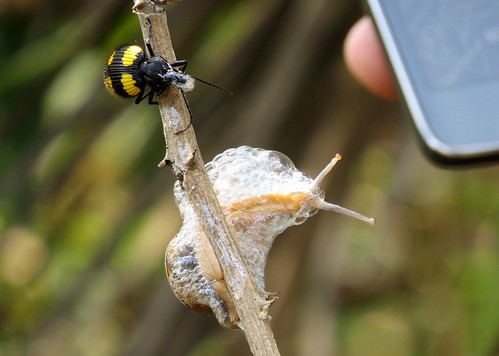 The snail obviously had nowhere to go, given its speed of locomotion, and its postition at the end of the twig. It had to fight.

Having got just a mouthful of froth for its efforts, off the beetle would go, up the twig, try to get rid of it, and return to the fray,er, froth! 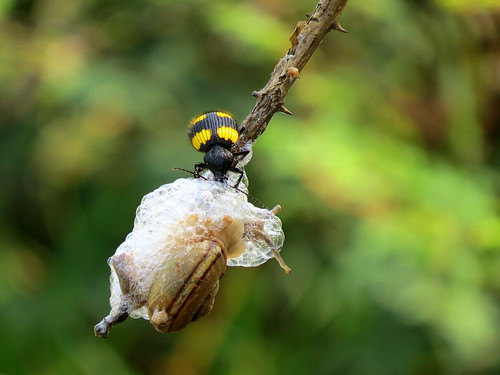 Such miniature fights-to-the-death happen all the time, around us…in the parks, in our own gardens. All it needs for some dramatically interesting moments is a little observation!

With ‘upcycling labs,’ ‘safai banks’ and more, can environmental education save our planet?

Right from pre-schools to online digital academies for adult practitioners, educators are coming up with many innovative programmes to promote sustainability and spread awareness about the environment. The question is whether these can really create impact in the long run.

How 6.5 tons of trash generated at an IPL match gets managed in Bengaluru

It takes more than hundred workers supported by volunteers to manage the trash generated by 40,000 avid spectators during each game. How did Chinnaswamy stadium in Bengaluru do it?

If this is who we are, Swachh Bharat can only be a dream!

A journey to the heart of India and back leaves the writer distraught over the lack of civic awareness among educated, urban citizens and the implications for our much vaunted Clean India Mission.