I’m standing in a vacant lot in the periphery of Bengaluru. It’s a slightly hazy spring morning and it’s already sweltering. The muted stillness of the neighbourhood is occasionally pierced by the clamour of nearby construction and the distant screeching of regional passenger trains. The heavily disturbed terracotta colored earth below radiates a slightly sour odor and is punctuated by a scrappy patchwork of discarded plastic debris and scrubby spontaneous vegetation, emerging in various stages of growth and development.

It features the native Crownflower (Calotropis gigantea) as well as Flowering Thistle (Argemone mexicana) from Mexico, Castorbean (Ricinus communis) from the Mediterranean, and Fleabane (Conyza sumatrensis) from North America. It also features a Mile a Minute vine (Ipomoea cairica), a fast growing creeper in the morning glory family that’s been moved around so much by humans over the last few centuries that its biological origins are a mystery.

Scenes like this have become commonplace in urban environments, and seem to tease our ingrained notions of the natural. This is not Nature with a capital N, but rather “nature” in its more mischievous and subliminal form. The kind of nature that expresses itself in moments of self-willed ecological poetry: emerging from the shadows and cracks of the sidewalk, or in tangled masses along transportation corridors, or peeking defiantly through the tattered remains of post-industrial ruins.

These are all perfect examples of what ecologists increasingly refer to as “Novel Ecosystems,” whose structure and function have been intentionally or unintentionally altered by the agency and activity of humans. For many decades, it has been all too easy for ecologists (and the public alike) to dismiss these as little more than botanical garbage dumps, overgrown with weeds and other exotic interlopers and thus of little ecological value.

Yet a growing body of research suggests that despite their unseemly appearance, spontaneous urban vegetation is actively involved in a range of beneficial services that impact our health and well-being as urban inhabitants.

Not just a weed

Many of the very same plants that we currently malign or disregard as unwanted “weeds” are playing an important role in processes like pollination, microclimate regulation, building soil, cleaning pollutants and cycling excess nutrients from the surrounding environment.

In other cases, spontaneous urban plants may act as functional surrogates for the native plants which were destroyed by human disturbances. We might be tempted to think of these plants as nature’s first-responders, providing a range of basic treatment to the most damaged and degraded parts of our planet and priming them for further healing.

One of the many examples of this in Bengaluru can be observed within and along the open stormwater channels (Nallahs) which wind their way through the city’s many wards. If you look closely on your next journey through your neighborhood, you might just notice the delicate pink sprays of Marsh Buckwheat (Polygonum glabrum) peeking out above the side walls of the channel.

Against all odds, this semi-aquatic perennial shrub (a species that is common throughout south Asia) emerges triumphantly from mounds of solid waste and sediment. With its showy flowerheads, bright green lance-shaped leaves, and bamboo-like stalks, Marsh Buckwheat not only arguably enhances the visual experience of the urban landscape, but some evidence suggests that it may also be involved in “phytostabilization”, a natural process in which plants capture and accumulate environmental contaminants such as heavy metals in their roots and stalks.

This species seems to have a particular knack for accumulating elements such as Chromium and Zinc, both of which are common contaminants found in the unchecked industrial pollutants that are dumped into some Nallahs on a daily basis. This suggests that larger strands of this species might act as a de facto urban wetland, preventing these harmful contaminants from traveling further downstream, where their negative impact and risk to human health would only amplify. Perhaps best of all, this plant provides these services entirely for free.

Urban forestry of the future?

Examples such as this reveal a huge untapped opportunity within our cities. Trampled on, starved of water and light, emerging without the need for expensive inputs of energy or nutrients, these plants prove that they are capable of not just tolerating, but actually thriving on the punishing conditions of urban life. In this sense they offer us a valuable preview of the kinds of ecologies that we are likely to see much more of, in the midst of an increasingly urbanized, warmer planet. 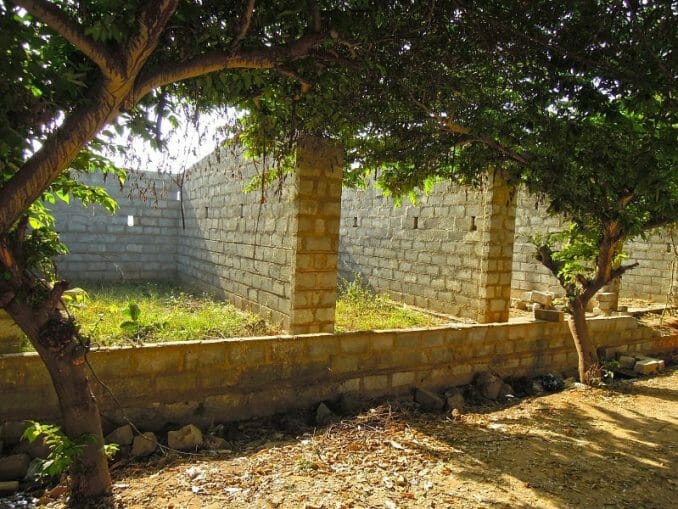 Understanding how we might accept, and incorporate these ecologies in more intentional ways may eventually become one of the many tools in the fight for smarter, more sustainable and more resilient urban environments. When municipal budgets for public space enhancement and large scale remediation projects are under perennial stress, collaborating with the constituents of novel ecosystems may offer lower cost, lower-maintenance alternatives to conventional top-down approaches.

This has widespread implications for urban landscape amenities such as parks, streets, and medians, as well as areas such as urban food production and storm water management. Yet to date, very few urban practitioners and policy makers are even attempting to understand what these plants are, how they work, and why they matter.

With this aim in mind, Commonstudio’s “Global Urbarium” is an evolving, multi-city celebration of spontaneous urban vegetation. The project, in its third year of development, employs the collective power of smartphone-empowered citizen science to reframe the conversation (and challenge negative stereotypes) surrounding Novel Ecosystems and “weeds” in cities.

Inspired by Ralph Waldo Emerson’s assertion that “A weed is a plant whose virtues have not yet been discovered”, we believe that touching, identifying and celebrating the latent beauty of these urban ecologies may be a first step toward discovering some of their other latent virtues.

The practice of collecting and preserving plant specimens in a “herbarium” goes back at least four centuries. In a time before naming conventions for plants were standardized (and literacy itself was scarce), having a local herbarium handy could mean the difference between life and death. These repositories of dried plant material provided a visual reference for identifying which local plants were poisonous, which were edible, which were medicinal, and so on. Many of these early versions still exist as precious artifacts today, locked away in the temperature controlled vaults of universities and natural history Museums.

The Global Urbarium attempts to keep this practice alive while embracing 21st century tools and social media. Common species we encounter in the field on our urban excursions are geo-tagged and photographed in situ using an open source smartphone application called iNaturalist.  We also collect physical samples, which are pressed and dried for several days under pressure and newsprint.

The pressed plants are then scanned at high resolution and uploaded to a visual database which lives publicly on Instagram. Sometimes we are able to positively identify what we find, at others we rely on the online community for help.

A relook at urban weeds, globally

The project is intentionally itinerant, and to date has focused on several cities including Los Angeles, Rome, Budapest, and now Bengaluru. Beyond celebrating the beauty of these plants, our ultimate aim for the project is to build a catalog of pan-global urban weeds that can contribute to a broader understanding and discourse among designers, policymakers, urban ecologists and citizens alike.

Yet there’s still a long road ahead with many barriers to the widespread acceptance for these underdog ecologies.  Most of these barriers stem from the bad reputation of weeds in our world. Ever since humans began the curious cultural practice of mapping and demarcating the planet with boundaries, fences and gardens, these “plants in the wrong place” have mocked our rigid systems of control.

Emerging in the margins of our constructed habitats, maybe they remind us of the chaos that exists behind the veil of order. It follows from this logic that when it comes to crafting landscapes at any scale, our policies and preferences often privilege that which is “Native”, deliberately cultivated, or especially beautiful.

Everything that doesn’t fall into these categories takes on connotations of the ugly, the unwanted, even the evil.  To be sure, some imported weeds (such as Lantana in India) have become notorious invasive species and may deserve such labels.  Yet the vast majority of them have been much better behaved.  It would be unfair to paint them all with the same conceptual brush.

It’s time to give these plants a second glance. Rebranding “weeds” under the moniker “Spontaneous Urban Vegetation” is a first step. It’s a humble invitation to cultivate a more nuanced mode of environmental consciousness. Whether you’re age 8 or 80, we hope you can be inspired to connect more meaningfully with subliminal urban meadows that surround you.

You don’t need to be an expert in botany or plant taxonomy to develop a love for these feral plants. All you need to do is look up, or down, and ignite your sense of wonder. The next time you step outside, take an extra moment to absorb the novel natural phenomena that surround you, and try free yourself from judgement. You might be surprised by the magic you discover.

About Daniel Phillips 1 Article
Daniel Phillips is an American urban landscape ecologist and designer currently conducting research in Bangalore with support from the U.S. Fulbright Program and the United States India Educational Foundation (USIEF). He is the co-director of a collaborative design practice called Commonstudio (http://www.thecommonstudio.com), which explores a range of urban landscape topics through design and applied research initiatives.

Mumbai farmers have gone back, but can our cities afford to forget them?

Roses, food and water for protesting farmers are all fine, but the nation’s policy makers and city residents must not forget what led to the rally. Time to realize that without a strong rural Bharat, urban India is doomed.

Of pots and imports…

All creatures great and small, whether they come from some faraway place on our planet or make their home right near us, can be a wondrous source of fascination!

Teaching entrepreneurial mindset: From the drawing board to the marketplace

The Business Blasters website enables investment in student startups and sale of products. A carnival is on the cards too, to showcase the top projects.